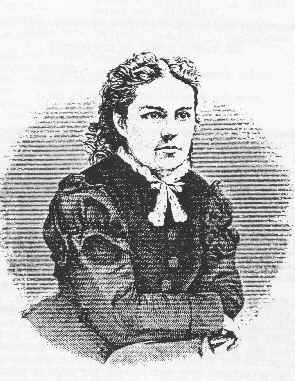 A century ago a few women in our church served as evangelists; a few held a "Local Preacher's License," the first step toward ordination.  But until Anna Oliver came along, no woman pressed the matter of ordination and full clergy rights among the Methodists.

Following undergraduate studies and a Masters Degree with honors from a New York woman's college, 1862, Oliver taught school in Connecticut and dabbled in temperance work.   After the Civil War she volunteered as a home missionary to teach black children in Mississippi.  She resigned a year later when she discovered that the Mission Board was paying male teachers twice as much.  Moving north to Cincinnati, she studied art and took up temperance work again.  Here she felt called to the ministry and, despite major obstacles, earned the bachelor of divinity degree from a Methodist seminary (Boston, 1876), the first woman in America to attain that degree.  Following graduation, Oliver served pastorates in New Jersey and New York.  Supported by her New York City parish, she brought the first test case on the ordination of women before the 1880 General conference of the Methodist Episcopal Church.  Although the Church refused to permit women to be ordained, Anna Oliver served as a powerful model for women of her generation.   It would take 75 more years before full clergy rights were granted to women.