First Hispanic/Latina Woman to be Received into Full Connection in the United Methodist Church. 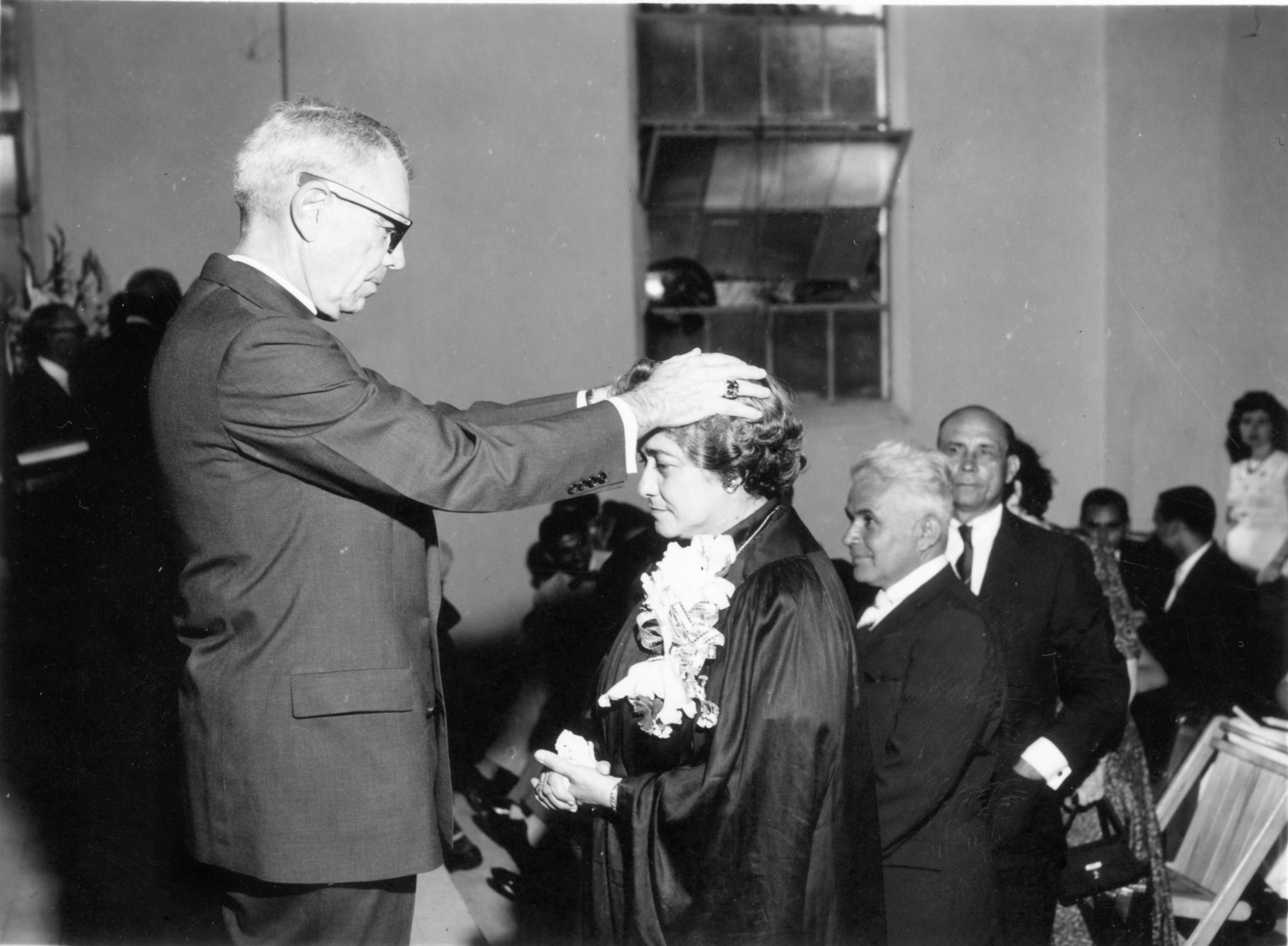 Julia Torres Fernandez was born in Ponce, Puerto Rico, in 1904. Julia was the first clergywoman (among all denominations) on the whole island of Puerto Rico and became one of the most famous pastors in Puerto Rico. She was active in United Methodist women’s organizations and was involved with the Women’s Division. She used to teach at the School of Missions and was one of the writers for the Women’s Division Program Book. She also wrote articles for El Interprete, the Spanish version of Interpreter magazine.
Julia was recognized by the Catholic Church as she shared ministries with Sister Ferre, a well-known nun. Julia had been a schoolteacher for many years, and later established and directed a school for underprivileged children in her hometown of Ponce, which now bears her name.

Julia was a historian, a poet, and a writer. She used to write the semblanzas (biographical sketches) for all the ministers who made the bodas de plata ministeriales (ministerial silver weddings, twenty-five years of service in the ministry, an occasion for a big celebration in Puerto Rico) as well as biographical sketches for those who were retiring. She used the pen name “Azucena de los Valles” for her poems.

She was a great preacher, energetic, with a good sense of humor, and was loved and respected by all. Julia Torres Fernandez died April 6, 1988, at the age of eighty-four