The Itinerant Bishop and Pastor

The image of the the itinerant preacher traveling the backwoods and frontier of the country is as ingrained into our self-understanding as it is traditional.  Yet, without Asbury’s leadership and dogged determination this most characteristically Methodist function might not have happened.  There was no reason that the same type of polity that Wesley had developed in 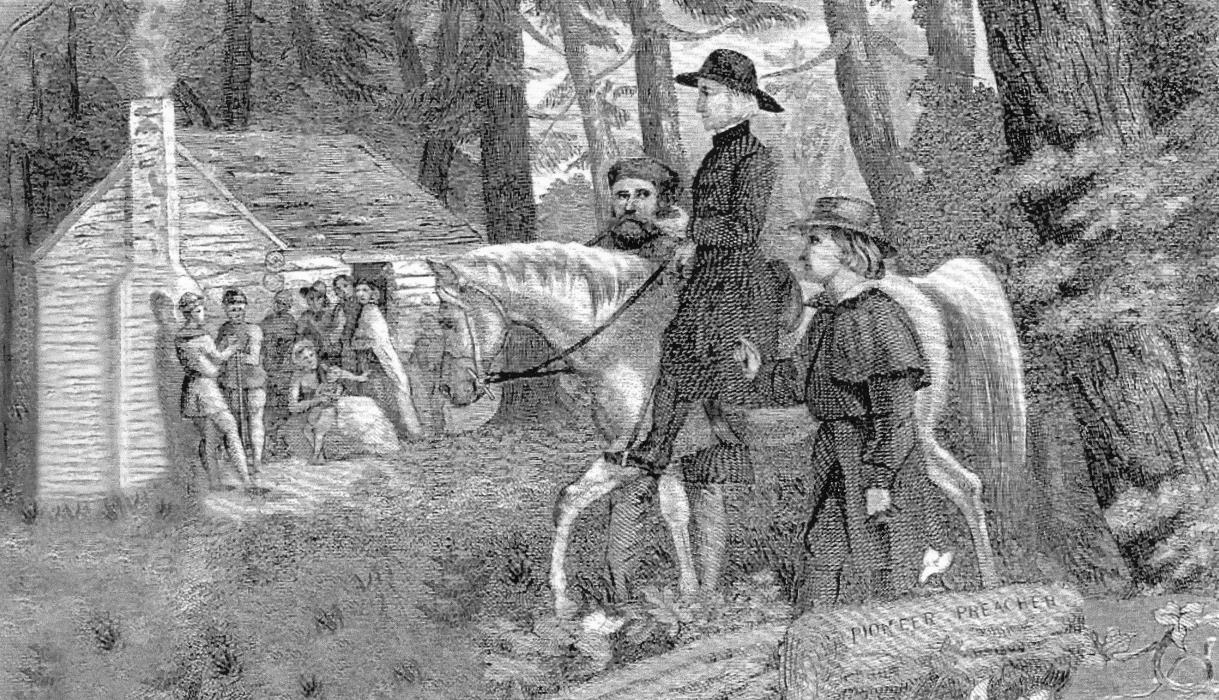 England would carry over into America.   In England there were lonely distant circuits, but no frontier.  During Wesley’s lifetime the industrialization of England began and created new towns and new roads.  A town of some size was never far away.   This was not the case of the colonies of the 1770s or of the early U.S. of 1800s.  New England may have had a variety of towns, but not so in the American South.  Outside of Boston, New York and Philadelphia, towns were small to non-existent.  Virginia may have been the most populated colony, but its people were spread across the state in farms and plantations, not towns.    The British preachers that Wesley sent had never experienced a frontier in England the way they did in America.  It was not only a ‘new world’ but was also in many respects an empty world.

In such a situation it would be easy to assume a much more settled ministry.  In England, while there were circuits, the towns played an important role, giving the preacher a place to 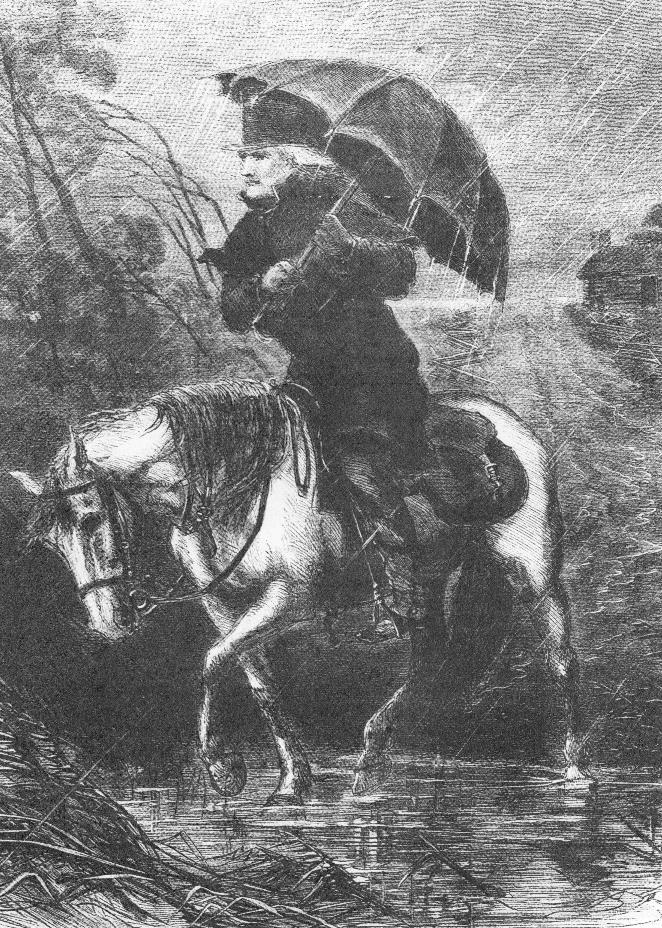 stay, and allowed the small intense intimacy of the class meeting to develop and grow.  Class meetings needed concentrated groups of people in order to function and that lent itself to an urban environment.    To mimic that part of Wesleyan spirituality would lend itself to remaining close or near to the towns.     But for Asbury, the traveling was a key part of the Wesleyan experience; it mimicked the travels of St. Paul and allowed the traveling preacher to evangelize by going to new places - even if the felt like empty places.  For Asbury they weren’t empty so much as filled with possibility.  But this meant, at least initially, less presence in the town and under the leadership of Asbury the traveling preacher would develop a focus on the large group setting, the preaching, the quarterly conference and ultimately the camp meeting.  All of this developed at the expense of the class meeting.  The fraternity of the traveling preacher was key to Asbury’s piety and leadership and he led the way as “The Traveler.”

When Asbury arrived he discovered that Boardman and Pilmore were moving toward a ‘settled ministry.’  They lived in New York or Philadelphia and switched stations, with small forays into the countryside.  Asbury pushed and cajoled and got the preachers, Rankin and Shadford arrived in 1773, to circulate more.  Without such activity  the nascent movement could have been sectionalized in various regions or not grown much at all.  Asbury wanted to tie the groups of New York, Philadelphia and the Delmarva area together.  That required preachers traveling over wide areas and preaching in all kinds of places.  It created the character of the church for the next century or more; one that was identified with the frontier - or better said one which followed the movement of the people- and one which focused its efforts in worship and spirituality on the large group - the quarterly conference, the camp meeting.   We often don’t realize how different the American Methodism style is from the British.

Asbury not only encouraged this but lived the example.  His preachers had to travel. Asbury did too.  By the 1790s in any given year his path was very similar.  He wintered in South Carolina, and in early spring headed north.  He often would cross the Appalachians and move through Tennessee, Kentucky, Indiana, then Ohio and cross back over the Appalachians.  By summer he was in New England and then began the trek down the coastal states in fall and arriving back in the south for another winter.  Along the way he not only preached and held conferences, but also took time off - visiting various “springs” along his route.   Asbury set the example.  He asked his preachers to travel only in certain areas, but some chose and some were given large areas.    Itinerancy became part of the preachers’ spirituality.