United Methodist Church - Themes from the Past Fifty Years 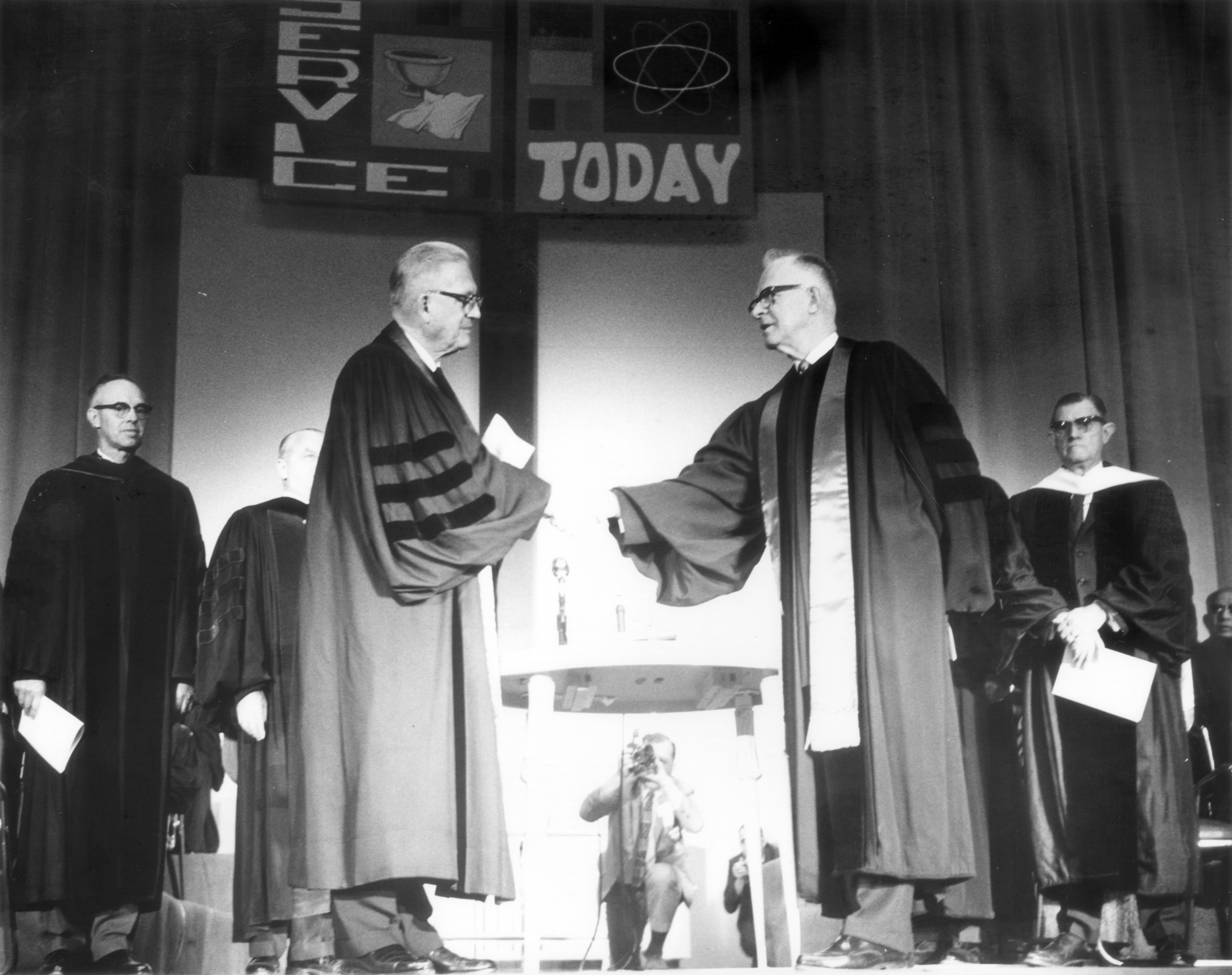 assessment of our recent past. While for an archives fifty years is just 'yesterday' and it would be inappropriate to write a 'history,' it is still long enough for us to spot the trends and themes of the current history in our church. The merger took place on April 23, 1968.  The text and images here are based on our museum display at GCAH's Archives and History Center.

United Methodism formed in one of the most traumatic years in one of the most traumatic decades of the 20th century. While much of the country was in turmoil over a variety of social ills and challenges, the Methodists and Evangelical United Brethren decided it was time to become The United Methodist Church. It too faced many issues and challenges. What follows is a study in how the church expressed itself and tried to meet the various challenges at the end of the 20th century. We look at the themes of history as a prologue, yet to be written, of this era's history.  We hope you enjoy this look backwards.