The primary purpose or function of a United Methodist heritage landmark is to stand as a reminder of, and witness to, an important part of our United Methodist history.  To mention a landmark should cause us to remember not just the landmark itself and its immediate history but to unpack and recall an entire set of events for which the landmark stands.  In our national memory one can speak of Valley Forge, and we recall not just that horrible winter but also the entire Revolutionary War.  That landmark recalls  the dedication and commitment of  that entire era.

In the same vein, this landmark, Gulfside United Methodist Assembly, speaks not only to a single event, but causes us to remember the many challenges African Americans had in a nation---and a church---that was segregated.  It stands as a witness to pain, determination, and as a reminder of the challenges yet to be faced.

The history of Gulfside is a marker on the time line of our denominational memory which reminds us of so much.  Gulfside Assembly was a spiritual retreat center located on the Gulf coast in Waveland, Mississippi.  Founded in 1923 for African-American Methodists who were denied access elsewhere because of segregation it has been described as the first religious retreat and training center for clergy and The School for Boys for African Americans in the American South. (Gulfside Assembly)

In the early twentieth century---because of segregation---most hotels, restaurants, beaches and other public facilities were established for whites 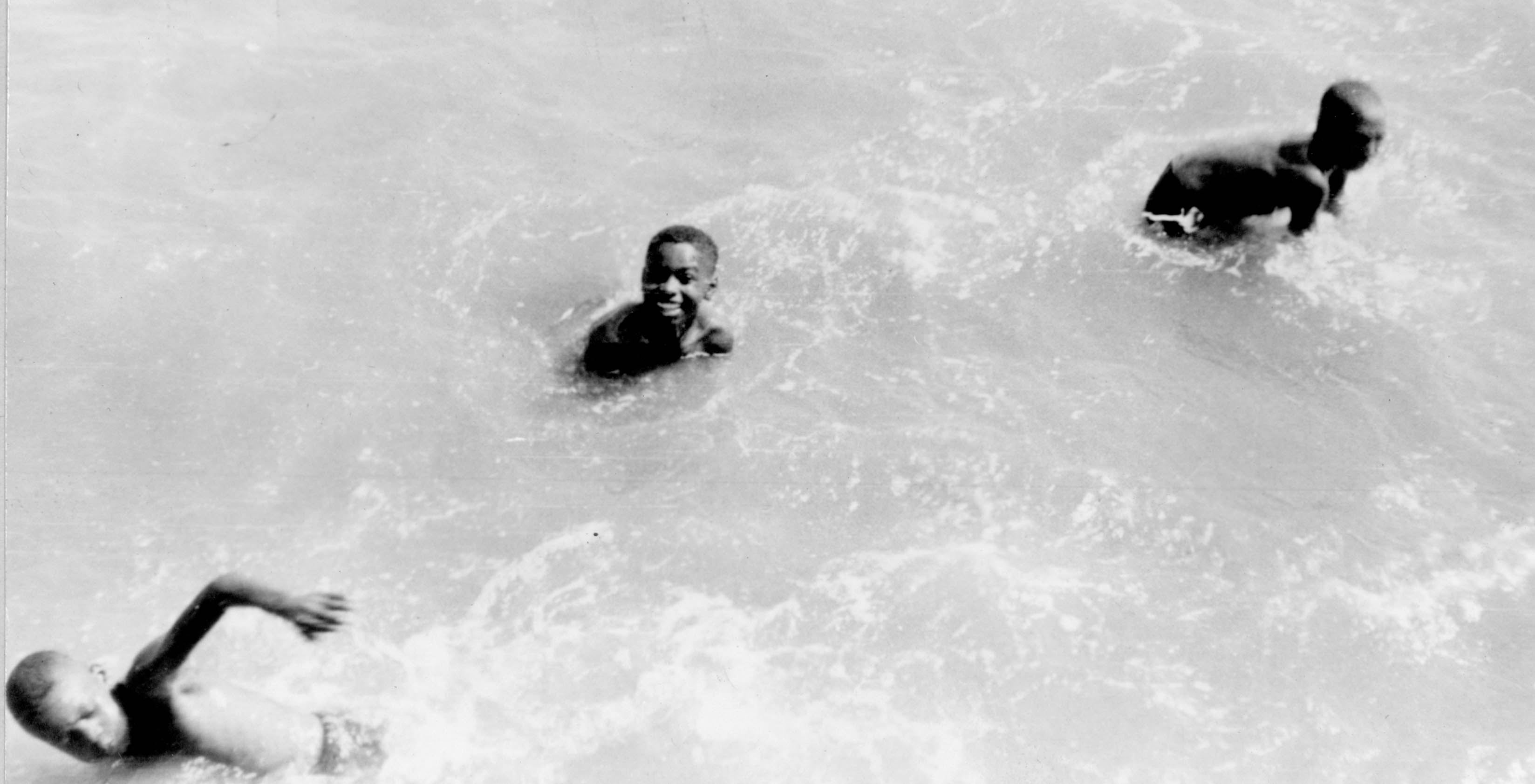 leaving African Americans with few, if any, places where they could go for recreation.  Bishop Robert E. Jones, after a speaking engagement at Lakeside Retreat Center---a Methodist Episcopal Church center located on Lake Erie in Ohio---decided to establish such a center for African Americans in the South.  Bishop Jones selected Waveland, Mississippi, which was 55 miles from New Orleans and through the aid of churches and individuals, Jones raised approximately $4,000 to purchase land in Waveland. He bought 300 acres and leased 316 acres  from the state.  The camp was officially opened in April of 1923 and was incorporated in January, 1924. (Wiki article)

Until Gulfside, there were no accommodations of any kind for any person of color along the entire Gulf Coast. There was no place a person of color could use the beaches or swim.

In the first two decades, under the leadership of Bishop Jones, Gulfside became an important institution for the New Orleans, Alabama, Texas area and the surrounding region. In the early days, events at Gulfside took place in the spring and summer months from April through August. Some of the activities included the Young Men's Christian Association, Conference Summer School for Town and Country Pastors, Summer School of Theology for aspiring ministers, Boys' Camp and Girls' Reserves, 4-H, and Scouting events, and picnics sponsored by groups throughout the region. Local churches scheduled time there for retreats.  The summer events culminated with Bishop Jones’ Area Council Meeting. The only activity that spanned the entire year during Gulfside's early years was a  Boy's School. (Wiki article) (2)

In 1944, a Board of Trustees was established to preside over the resort. Over the next eight years they oversaw the construction of Brooks Chapel, the 100 room Gulfside Inn, the 1,000 seat Harry Hoosier Auditorium, and the Bishop’s house. All of these buildings were constructed with reinforced concrete in an attempt to withstand disasters like the fire that destroyed the Jackson House in 1947.  By 1960, the year of Bishop Jones’s death, Gulfside Assembly had paid off its debts and had more than $200,000 in assets.(Gulfside Assembly)

Gulfside reminds us of our broken and segregated past and our challenged future.  It speaks to the desire of many, even in the midst of such terrible attitudes,  to be able to discover and experience community, renewal , education, and grace.  To listen to the stories of those who attended events there Gulfside may have been on the coast but it was a mountain top experience for many.

Gulfside was severely damaged by Katrina 2005 and is in the process of rebuilding. 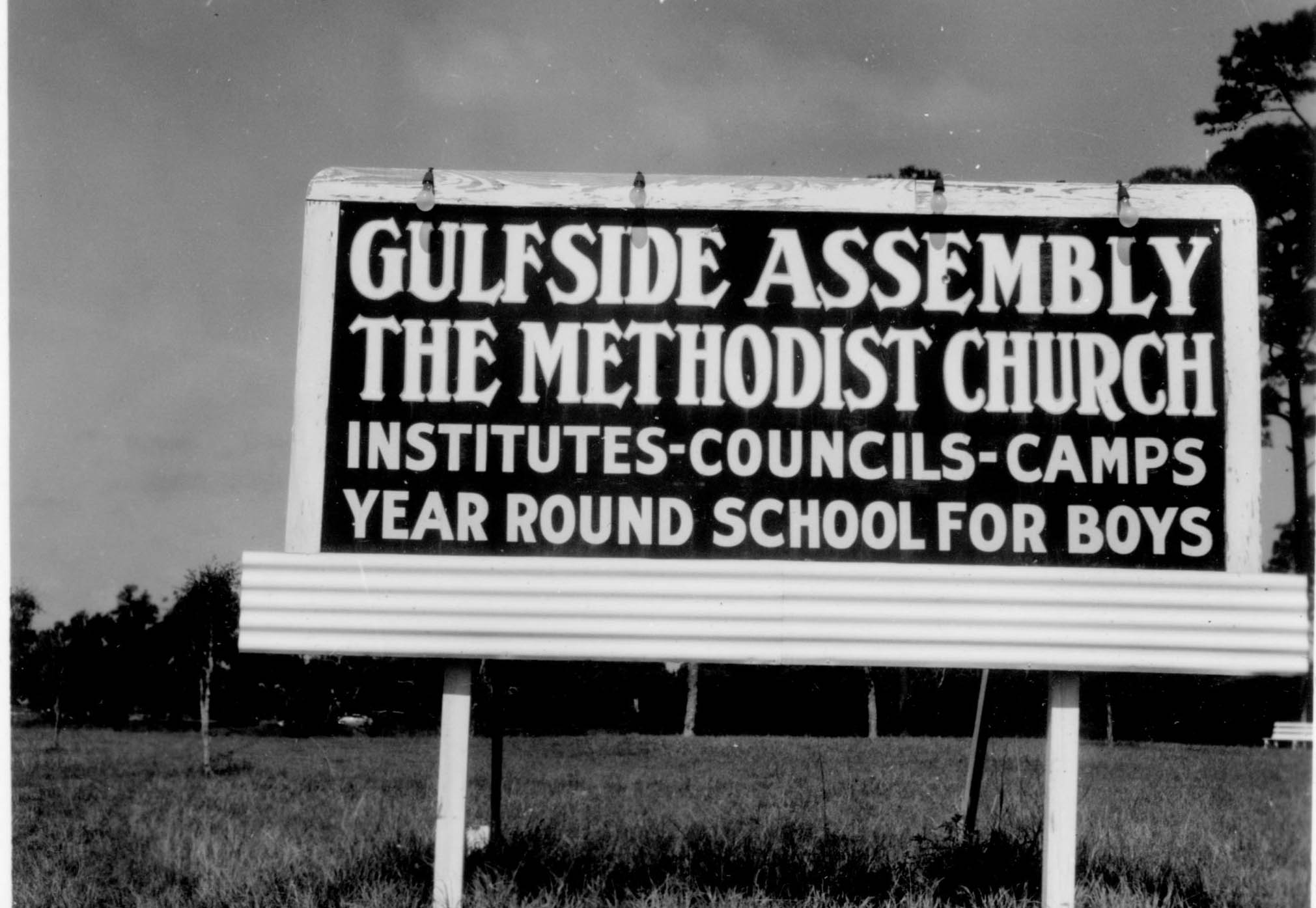 1) Heritage Landmark application for Gulfside held at General Commission on Archives and History of The United Methodist Church.

Points of interest at this Heritage Landmark: In August, 2005, Hurricane Katrina destroyed every structure at Gulfside Assembly.  Gulfside has built an Open Air Chapel on the property near the grave sites of the founder, Bishop Robert E. and Mrs. Jones.  Bishop Robert Brooks, an associate of Bishop Jones, is also buried there.  The Open Air Chapel was dedicated in the honor of Bishop Leontine T. C. Kelly on February 27, 2016.

Special events: None at this time.

Area attractions: You can also visit the Pearl River UM Church Heritage Landmark, in Madison County, about an hour northwest of Waveland.  Pearl River Church is the home church of the Lambuth family, which holds a unique role in the history of Methodism as ministers and missionaries dating back to the early 1800s. There are also several UM Historic Sites in the state.

To visit: Site is open but there is little interpretation on the site as of this time.  Please contact Cheryl Thompson (see below), for additional information.

Directions: I-10 will take you quickly east or west across the state while US-90 follows along the gulf at a more leisurely pace.  MS-53 S and MS-603 S will take you into Waveland proper and become Nicholson Ave.  Continue south until you reach the intersection with South Beach Blvd.  Take a right and continue 1.3 miles and the site will be on the left just before the Buccaneer State Park..

Andrew W. Kahrl, The Land Was Ours: African American Beaches from Jim Crow to the Sunbelt South (Harvard University Press, 2012).